Social Media, UX/UI, Web Dev, Digital Performance
Born from the recipes of actress and nutritionist Sandra Santos and the approval of her little gourmet fork, her daughter Francisca, this is a project about sharing. Recipes, information, and experiences are shared to help other mothers in the feeding adventure of their children, introducing healthy, nutritious, and flavorful meals. 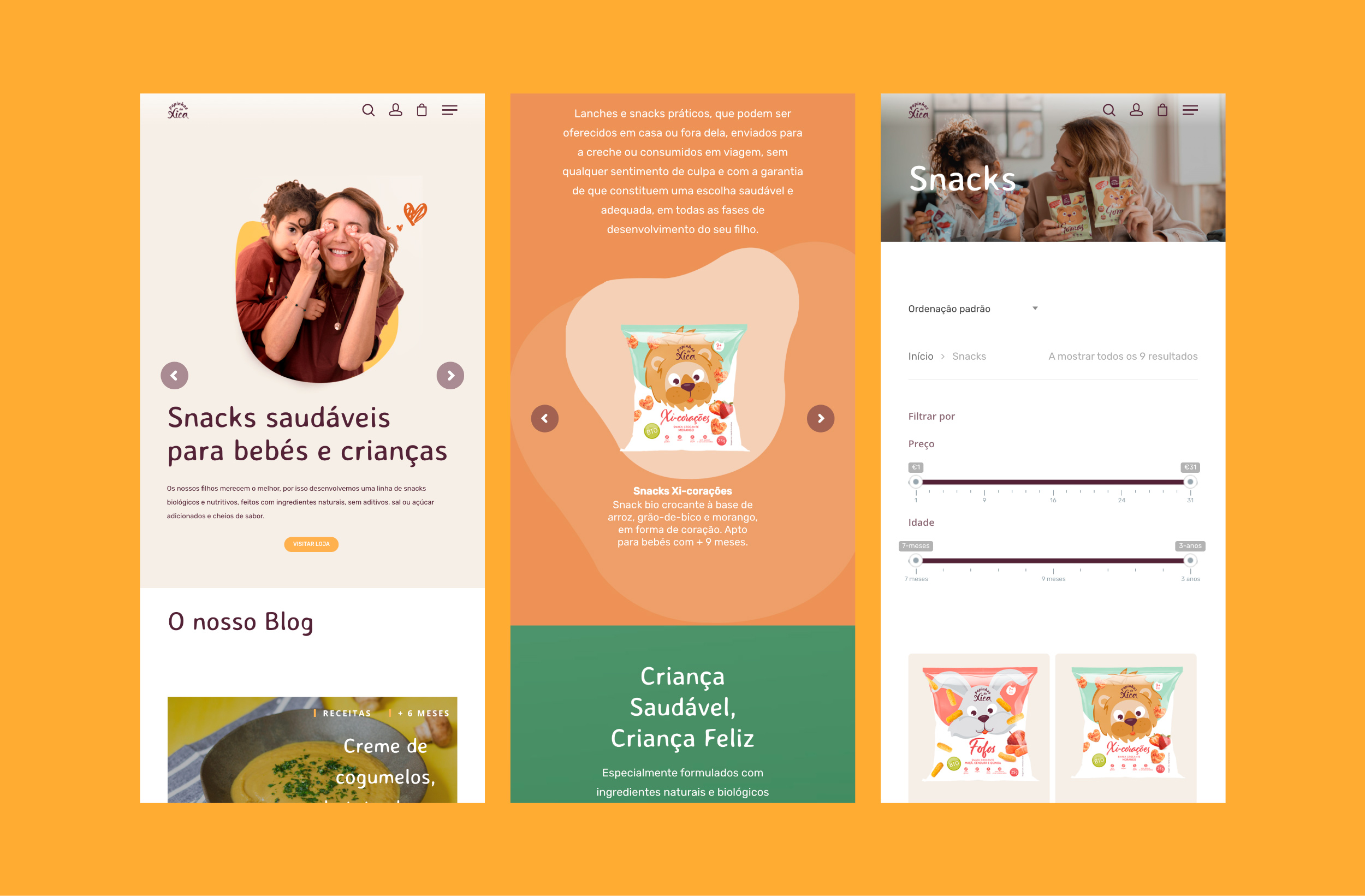 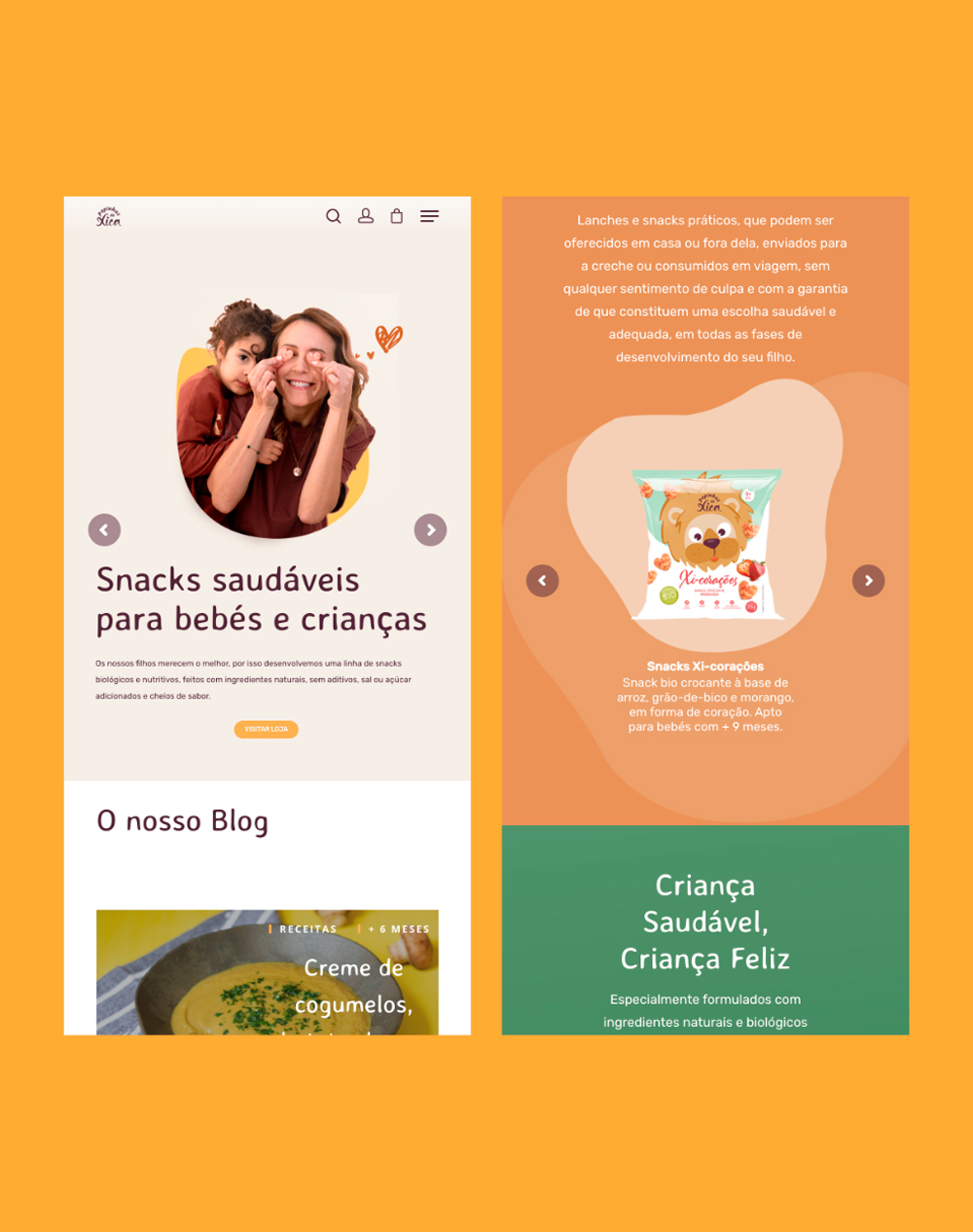 Sandra came to MOB in December 2020, by which time he had already hired a web designer and a programmer based in Brazil for the purpose, hoping to get a better cost/benefit deal. Goals, values, and deadlines were set for the development of the project, which ended up never materializing as initially planned.

With the project already under MOB’s responsibility, we started sketching a solution.

We planned the creation of an online store true to Papinhas da Xica’s DNA that would serve the sale of snacks. At the same time, we tried not to neglect the client’s blog and its contents (recipes, articles), as well as the possibility of having a mechanism for making medical nutrition appointments. 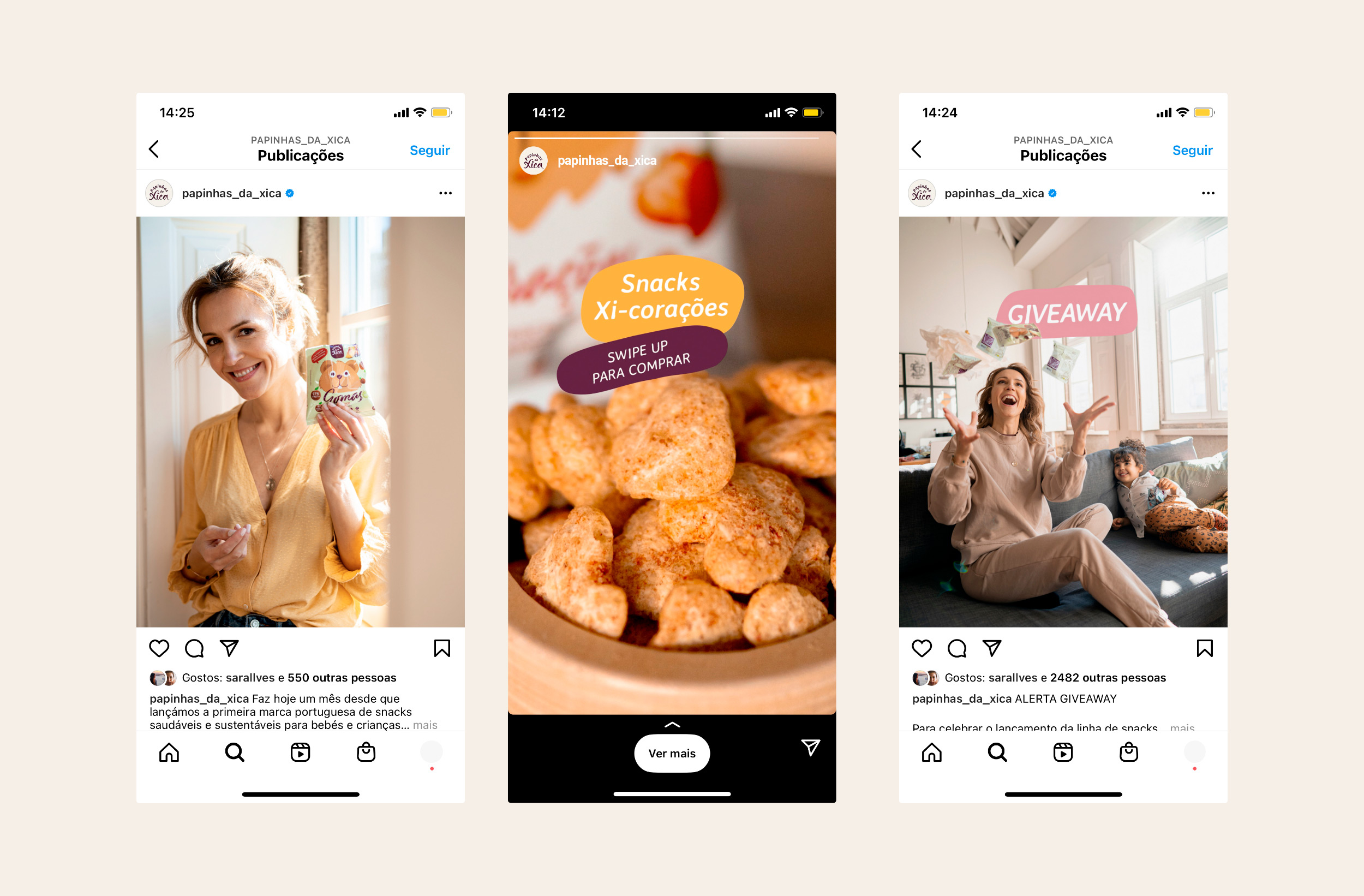